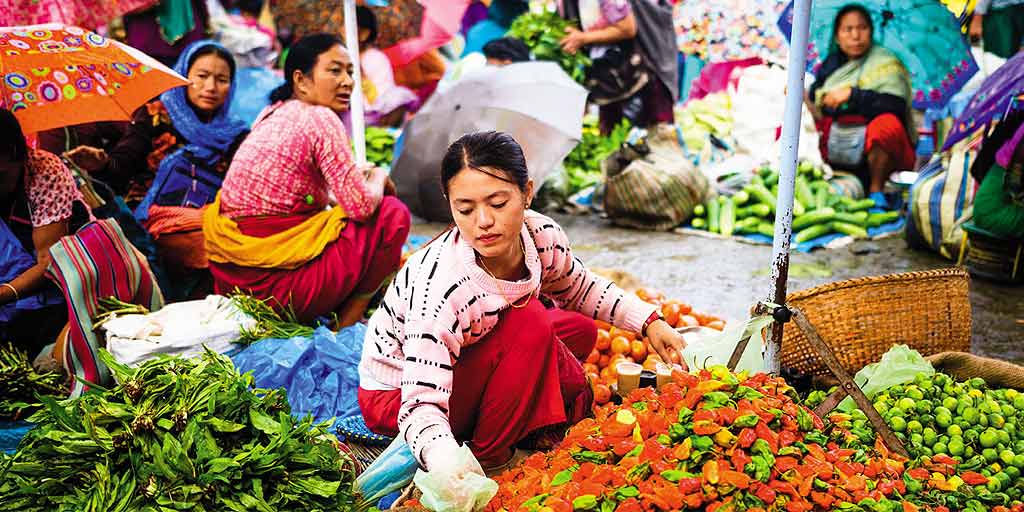 World’s largest all-women-run market ‘Ima Keithal’ or the ‘Mother’s Market’, located in the Manipur state capital, was formally reopened after 11 months, bringing smile on the faces of over 3,600 women traders. The market, which has a history of over 500 years, was closed on March 21, 2020, women vendors of the market would be exempted from the vendor’s license fee for the year. A study revealed that the closure of the large market has caused a loss of Rs 3,879 crore.

A total of 3,614 license holder women vendors are registered with the Imphal Municipal Corporation. The vendors in the Ima Market are known as ‘imas’ or mothers, and the majority of the sellers are between the ages of 50 and 70 years. Manipuri women wearing their traditional attire operate their shops and occasionally organised various traditional festivals and events. The Ima Market has three different complexes in the same area selling consumer items, local Manipuri items and products and mixed goods including clothing. The market has over the centuries been playing a pivotal role in empowerment of the women in the men dominated Manipuri society. Men can purchase anything from the Ima Market but they cannot be a vendor or seller.

Since the British period, the Ima Keithel had developed as an apex centre for the campaigns on various societal issues besides being a trade hub. Ima market was the centre of the ‘Nupi Lana’ the Women’s war movement in 1939 against the oppressive British taxation on the Manipuri enterprise. Chief Minister N. Biren Singh, who was the chief guest at the reopening, expressed

his contentment and relief, as the iconic trade centre finally became operational. The Imas showed unstinting cooperation with the govt throughout the Covid emergency. The soul of Imphal is finally alive and kicking.